Portuguese actor Diogo Morgado says he "freaked out" when he found out he was cast as Jesus in the new The History Channel miniseries "The Bible," which was co-produced by Mark Burnett and Roma Downey.

1. So when you heard that you got the project, how did you react?
"Freaked out. How can you react? If the goal of an actor is to touch people's hearts with the best story ever -- Jesus Christ, the Bible? There's no better than this, right?
2. What's your favorite scene or what's your favorite aspect of the story?
"My favorite scene -- I'm not going to be humble -- I loved this version of the last supper. I think it's because it's one of the highest points of the whole bible for me and this is coming out in a really different way. I've never seen this perspective of the last supper so I really feel, I'm almost sure that people will be blown away by this perspective of this scene. 3. So tell me all about the Bible -- it seems like such a large undertaking for a man who's very famous in Portugal and Spain and Brazil to come to the United States and star in 'The Bible' miniseries.
"It sounds like, big, right? Let's talk about the Bible itself. The Bible is just not a random book or a small book. It's not a novel. It's the most read book and the most important book of mankind, right? And I think Jesus is kind of the central figure, so yes, it is a big responsibility, that's for sure."
"And on top of that, I grew up in Portugal, a really Christian country, so I was familiar with the Bible. I was familiar with Jesus Christ and his message and so yes, as soon as I knew that I got the role, I freaked out and I immediately started reading everything that I could. And I stopped and realized that it wouldn't help me. It's more of a personal, this story is more of a personal journey than anything else."
4. It seems like such an epic challenge. How do you take on playing Jesus? What did you do?
"I guess you don't do much. You just let it go and truly be in the moment. I think when you are surrounded with the right energy, you just need to believe and let it go."
5. And Mark actually said he had spoken with you after the filming, and said that there are scenes where you don't remember being in them.
"I guess when you're in the moment, you're not rationalizing and sometimes you don't pay attention to details so that's why a lot of this shooting was, I just have feelings of what it was, not the full picture. So that's, I think it could tell you something of how it was for me."
6. Growing up on the Bible - did you have a favorite Biblical story?
"When I was a young child, I loved David and Goliath but I think Moses is another obviously, apart from Jesus, which is kind of obviously, it's the best story, but I think Moses is also another courage and compelling story of someone that just gets something so big and leading people, I think it's engaging. It's beautiful."
7. Are you impressed by all the crazy CGI?
"The good thing about the CGI is like, it's not like there it's not fake. It looks like really real and raw, which I think it's basically two words that could describe the visual part of this project. I think it's real. But not in a shocking way. It's just what it is. It could be almost like your friend or someone that can happen, I dunno obviously it would be like .. I don't know how to describe it -- It's just real."
8. You're a pretty handsome dude. I'm just going to say it. But you look like Jesus in this miniseries. You do not look like Diogo. Were you surprised at how you transformed once you saw yourself in the miniseries?
"I guess I didn't think about that when I saw it. I was just comfortable with what it was coming out on the screen. I didn't recognize myself at all but that was good. But it felt truth and honest what I was doing so it felt good and I hope people will feel that too."
9. And how was it working with Roma Downey and Mark Burnett? They're husband and wife working on this epic, epic project.
"It's awesome. Te first time I met them, I fell in love with them. There's no way you can't be affected by their passion and the commitment. So I was on board the first second. I was like, 'Well I want to be around you guys.' And I didn't know who they were because I don't live there. I was just like, okay there's this wonderful couple sharing their passion project with me."
Reporting by Chi-Lan Lieu, correspondent for KABC Television's entertainment show "On The Red Carpet" (check for local TV listings).
Publicada por soraia e helena à(s) 23:21 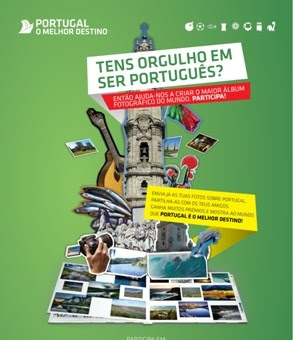